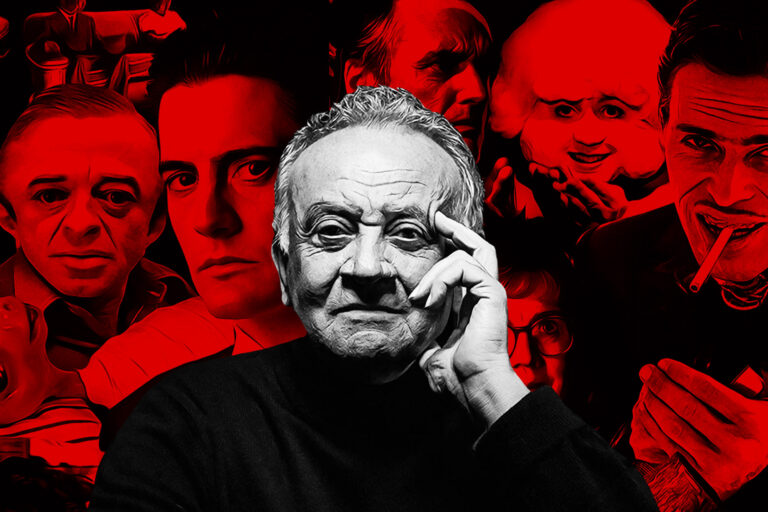 Yesterday one of the greatest contemporary composers of all the time, Angelo Badalamenti left this world at the age of 85.
BSIDERIFF.COM made a brief tribute remembering moments from the man who musically expressed the strange and dreamy world of a director far ahead of our time, David Lynch.

1986 and the twisted noir Blue Velvet, was to be the beginning of a long collaboration that continued until nowdays. On mysteries of love Lunch writes the lyrics and Angelo Badalamenti composes.

In 2018 the Mulholland Drive of 2001 was voted on CNN Culture by the critics, as the best film of all time. Nightmarish, enchanting, David Lynch’s mystery film that you want to see it again & again,. Film in which Angelo Badalamenti except the musical score also appears in a small but characteristic role.

In Danny Boyle’s film The Beach Angelo Badalamenti does not hesitate to collaborate with Orbital and to
deliver a rousing dance electronica anthem, Beached. Please turn up your speakers.

But the collaboration that made him beloved and more widely accepted in the indie-alternative community, it was of course the one with JAMES singer Tim Booth and SUEDE guitarist Bernard Butler, on the album of 1996 Booth and the Bad Angel.

Academy didn’t give him an Oscar as he deserved, but for his music in thrilling TWIN PEAKS serial Angelo Badalamenti won the 1990 Grammy for best instrumental pop performance , which was dark, cloying and obsessive — and one of the best scores ever written for television.

Yesterday Angelo flew to meet his muse Julee Cruise.
…The nightingale
It said to me…