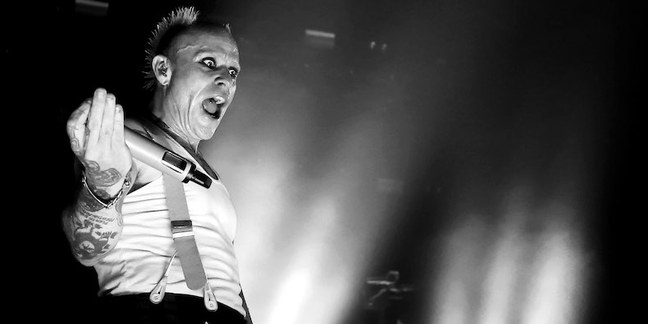 The personification of the jilted generation, KEITH FLINT , decided to end the frantic party before turning half a century old. The bsideriff will go back to the time machine,in the distant summer of 1995, when the legendary alternative show of MTV UK, 120 MINUTES was hosted by a PRODIGY member who coming out of the Voodoo People suitcase.

I was very curious then to see the music that the member of a group would choose
which was associated with the then rave scene. The only reason I sat down to see this
show was because I was terribly impressed by the following track.

Well the long-haired then KEITH FLINT, made an unexpectedly fantastic set list, so
fantastic for my tastes that were as if I had given him the list of the songs.
JESUS and MARY CHAIN, SONIC YOUTH, NIRVANA, SMASHING PUMPKINS, JOY DIVISION, CURE,
DAVID BOWIE, PIXIES, BREEDERS, STONEROSES, INSPIRAL CARPETS, FALL ….

When The Fat of the Land was released in 1997, it was clear that the Prodigy did
remix the punk-rock-dark wave influences of the metamorphosed Captain America,
their new frontman. Songs like Breath and Firestarter sounds very advanced even
and nowadays. Respect.