September 9, 2020 by Mullholland in Indie 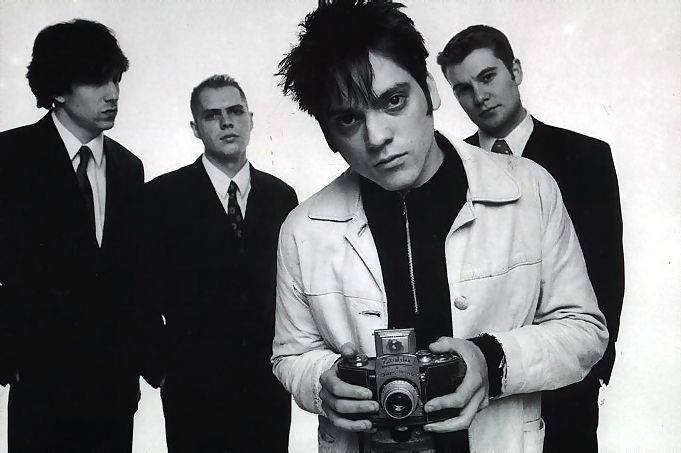 With the above video from the concert given by ADORABLE at Bush Hall in London on 02/11/19, BsideRiff starts a tribute to bands that did not make the great career they deserved and inexplicably did not receive corresponding recognition in their time.The admission of frontman Pete Fijalkowski that after 25 years since their last appearance they decided to give 2 concerts again just for fun and those who love them even then each of them to return to his shadows, did not discourage people from selling out not only the 2 scheduled concerts but also the 3 extras that were added. One of the most unexpected and moving events of 2019 for BsideRiff .

So we will help you discover this band that managed to marry the britpop of the 90s with shoegaze and for those who know them to re-evaluate their sound 25 years later.In 1992 they signed with Creation Records and in April they released their first single, “Sunshine Smile” which was the “Single of the Week” for NME.

In March 1993 they released their first LP, the masterpiece Against Perfection, in which, in addition to the Homeboy anthem, there were also timeless pieces such as Breathless, A To Fade In, Sistine Chapel Ceiling. It managed to reach No. 70 in Great Britain.

In 1994 they released their second and last lp ¨Fake¨ which, without being inferior to their previous lp, did not receive much promotion from Creation Records, which apparently had decided to promote its new discovery, Oasis … no comment. So at a concert in Brussels on stage they announced their dissolution at the end of 1994.
Tracks like Submarine and Vendetta just don’t sound indifferent even today.

As for HOMEBOY, it is definitely among the 10 best U.K. singles of the ’90s and from the songs that you have to repeat on repeat.